What does the research project “solar charging station for e-bikes’’ consist of?

The research projects aims at designing a new solar charging station for e-bikes, which is now available and ready for use at the campus of the University of Twente, in the Netherlands. The charging station offers users one of the three charging techniques available to recharge e-bikes, alongside an integrated solar wheel and a home solar charging kit. This charging station can be considered a Smart Energy Product as it provides 100% green energy for six e-bikes at the same time. People can leave their e-bike at the charging station during the day and charge their bike while they are at the office. In doing so, users have the opportunity to test this new technology while contributing to the research. For instance, participants will have to fill out questionnaires at the beginning, during, and after the testing procedure. Furthermore, Georgia Apostolou, who is working on the project as a postdoc researcher, will take several interviews. 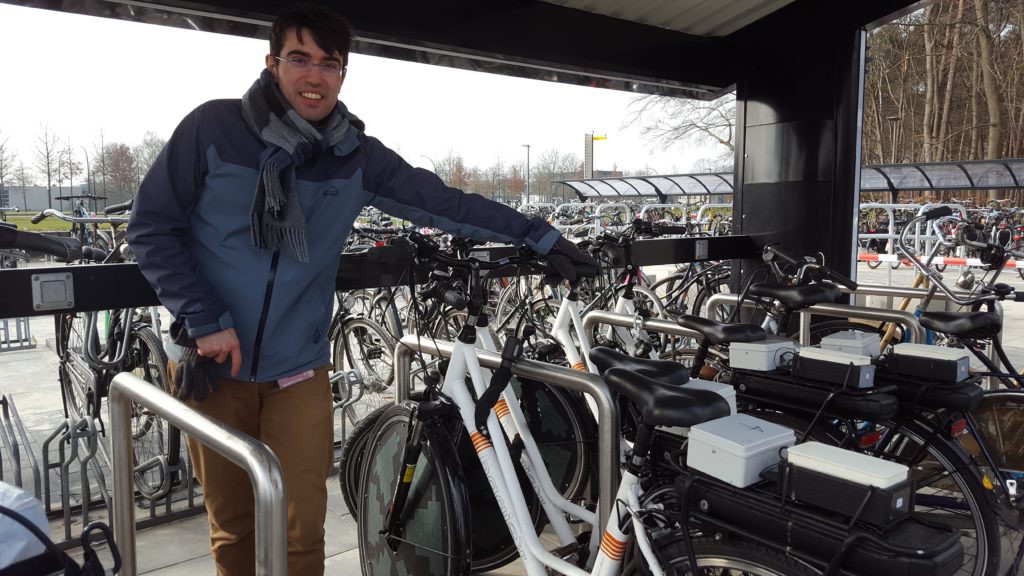 Visit of the delegation of policy-makers of the Northern Provinces

During the visit, Cihan Gercek, postdoc researcher for the CESEPS project, presented to the delegation the solar powered e-bikes project. The future of e-mobility was discussed and particular attention was given to solar e-bikes, their design and the integrated solar panels on front wheels. While answering questions from policy-makers, strong emphasis was also given on the project´s social aim. CESEPS with its new solar charging station is offering a service for every citizen, as every person is allowed to charge their e-bike in a green way. Once the survey is completed, partners in the Consortium hope to implement this project elsewhere if the technical and financial analysis will yield a positive result.  This in turn could facilitate the integration of PV panels and renewable energies for public use. For the CESEPS team, connecting policy makers with research institutes is particularly important. Therefore, we would like to thank the delegation for their time and interest in our project, and believe in their will to facilitate the energy transition and the integration of the renewable energies. 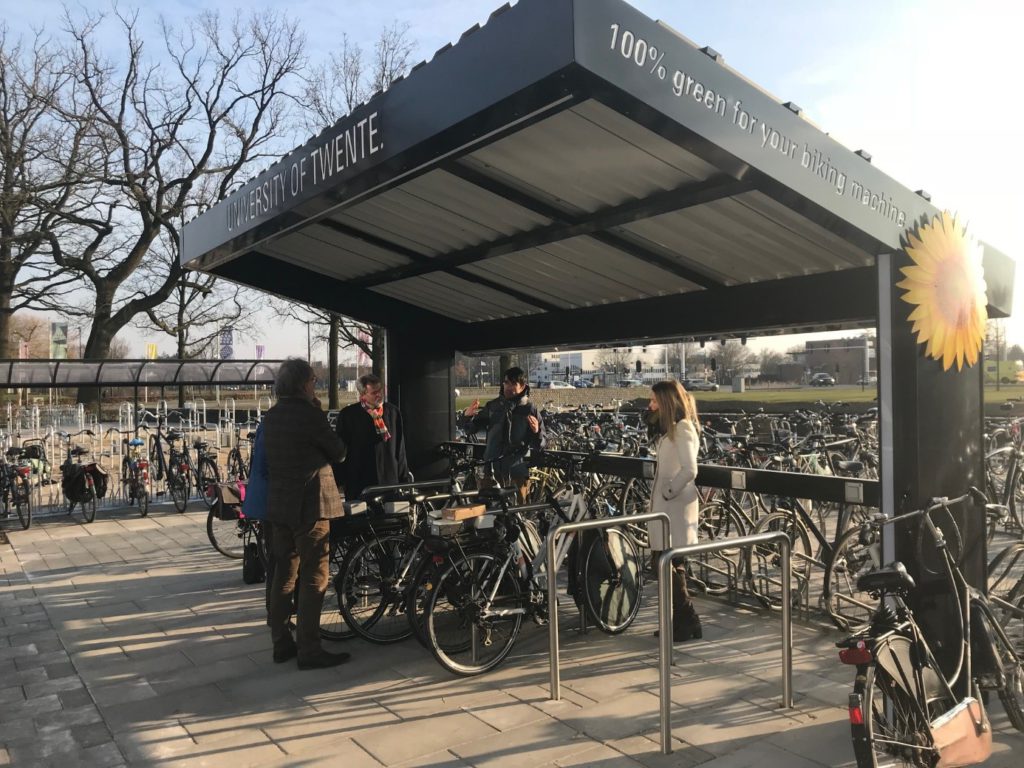 Dr Angèle Reinders (ARISE at Design, Production and Management, UT), who initiated the Living Smart Campus project ‘Solar powered e-bikes’, designed the charging station together with colleagues from the Department of Design Production and Management, the Facility Management at University of Twente and the companies ‘Bordbusters’ (construction SLBS), ‘Zelziuz’ (PV panels and Invertor) and ‘IpsumEnergy’ (measurement equipment). Zelziuz and IpsumEnergy are both located in the same region of the Netherlands, which is a good example of national and regional innovative partnership with a potential global impact.